Top 11 Sights to Visit in Kosovo

Let us bring you the top places to visit in a country of tremendous cultural and historical heritage – Kosovo. Located in the centre of the Balkan peninsula, this natural paradise should be on your bucket list!

… is located at the very entrance of the Rugova gorge near Pec (Peje). The Patriarchate of Peć Monastery is a group of four domed churches featuring a series of wall paintings. This is an Orthodox monastery and a place with a long tradition that you should visit when in Kosovo.

… is an Ottoman Mosque in the city of Prizren, located at the foot of Sharr mountain in southern Kosovo. The mosque overlooks the main street of Prizren and is a dominant feature in the town’s skyline. The mosque was built in either 1600 or 1608.

Ljevis, meaning “merciful”, is a type of depiction of the Virgin Mary in icons in which the infant Jesus Christ is nestled against her cheek. The site has been used as a religious and burial site since antiquity. It is located in southern Kosovo, the city of Prizren.

… is located in the northwest of the city of Kosovska Mitrovica. It is an immense castle and is considered one of the oldest fortresses in South Eastern Europe, even if the exact date of construction is unknown.

… is a memorial site and monument commemorating the Battle of Kosovo, 6-7 kilometres southeast of the actual then-battlefield, known as the Kosovo field. The name is derived from Arabic ‘ghazi’, meaning hero or champion, and the Serbian word ‘mesto’, meaning place. 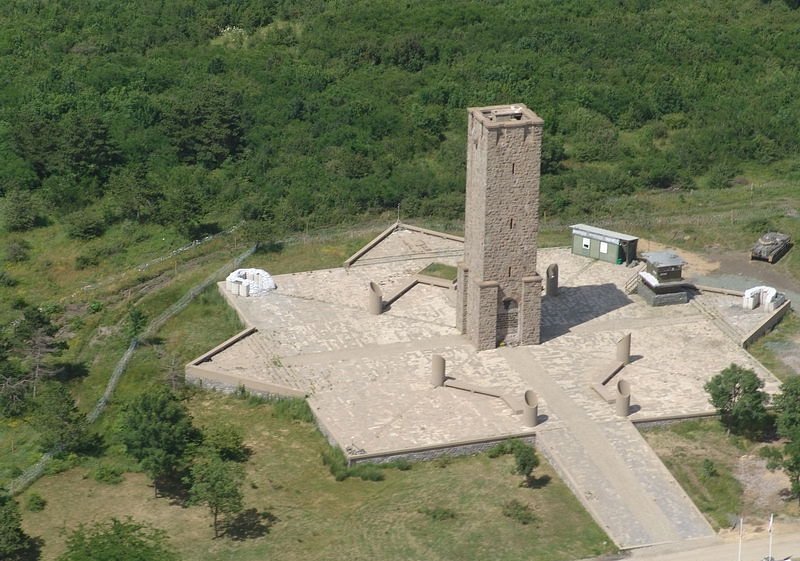 … is a river canyon near Peje (Pec) in Western Kosovo close to the border with Montenegro. It is part of the Accursed Mountains massif. With a length of 25 km and a depth of up to 1,000 meters, Rugova is one of Europe’s longest and deepest canyons. 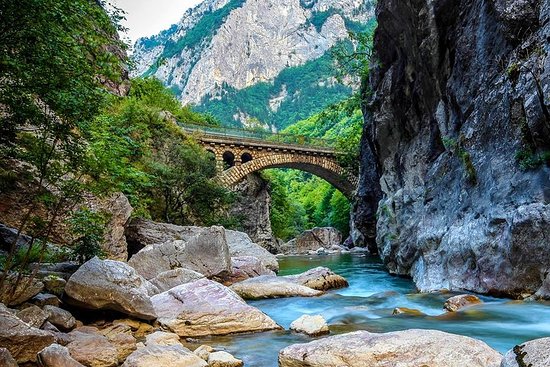 … is located in Western Kosovo. Sixteen waterfalls form Mirusha, and these extend over ten kilometres. Spring is the best season to visit and enjoy, but during the winter, the visit can be exciting as waterfalls are astonishing when frozen.

This newly built monument already gained attention and is one of the tallest buildings in the capital of Kosovo, Pristina. Even not finished, Cathedral was inaugurated on 5 September 2010. The date was picked on purpose as the anniversary of the death of Mother Teresa, as part of events commemorating the 100th anniversary of her birth.

… is a karstic limestone cave in the village of Gadime e Ulët (Donje Gadimlje) in the municipality of Lipljan in Kosovo. The cave was accidentally discovered in 1966 by a local, Ahmet Asllani, who was working in his garden. The Marble Cave belongs to the Mesozoic era and it was formed during the tertiary period.

… is located in the southeast of Pristina, completed in 1321 by Serbian king Milutin. This is one of the top attractions in Kosovo and is well known for its lifelike murals inside the chapel. Photos are not allowed, and you should wear long sleeves and pants/skirt.

… is a medieval Orthodox Christian monastery located near Decan. It was founded in the first half of the 14th century by Stefan Dečanski, then King of Serbia. The church is impressive, with five-nave naos, a three-part iconostasis, and a three-nave parvise.

Have you been to some other exciting sights in Kosovo? Share it with us in the comments.