Cultural Heritage of the Balkans – Bridge Over Drina 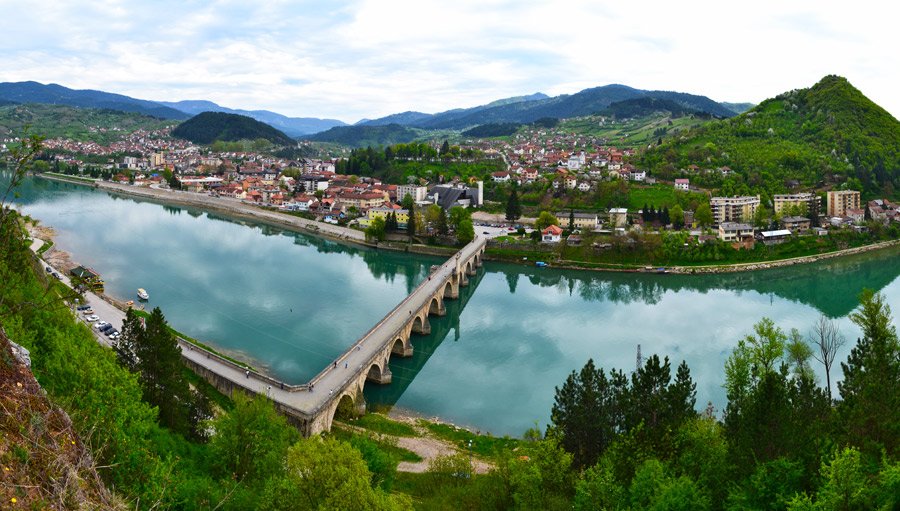 There are many great stories and places in the Western Balkans, and today we are bringing you the one about the bridge that got the Nobel prize! No, not the bridge itself but the story around it, written by a great writer Ivo Andric.

The Bridge on the Drina holds the story of a young boy who was born Bajica Sokolovic. He originated from the village Sokolovici close to Rudo, and his family was Orthodox Christian. Unfortunately for his family, he was born in the era of Ottoman rule, somewhere in 1505 or 1506. Why, unfortunately, you think? For a simple reason of a very cruel emperor’s tradition called Devsirme or in the free translation – the contribution in blood. Ottomans were taking male children by force from their families and were bringing them to Turkey to convert them to Islam and train them for the Ottoman army through military schools. They were trained for the elite soldiers of the Ottoman Empire called Janissaries.

Bajica Sokolovic was taken from his family as a young boy, too, he was converted to Islam and named Mehmed. He was a very talented boy who, thanks to his skills, became an officer in the Ottoman army as a young man. At the top of his power, he was named the Grand Vizier, which comes as something similar to today’s Prime Minister, for instance.

Destiny wanted him to be back to his roots, so he was spending his Grand Vizier’s time in the Ottoman-occupied Balkans. His new name and title was Mehmed Pasha Sokolovic (Sokollu Mehmed Paşa). He is considered to be one of the greatest Ottoman war generals originating from Bosnia & Herzegovina.

At the highest peak of his rule, he ordered a bridge like no other to be built in Visegrad over the river Drina. The bridge was built from 1571 to 1577 by the most famous Turkish architect Koca Mimar Sinan. 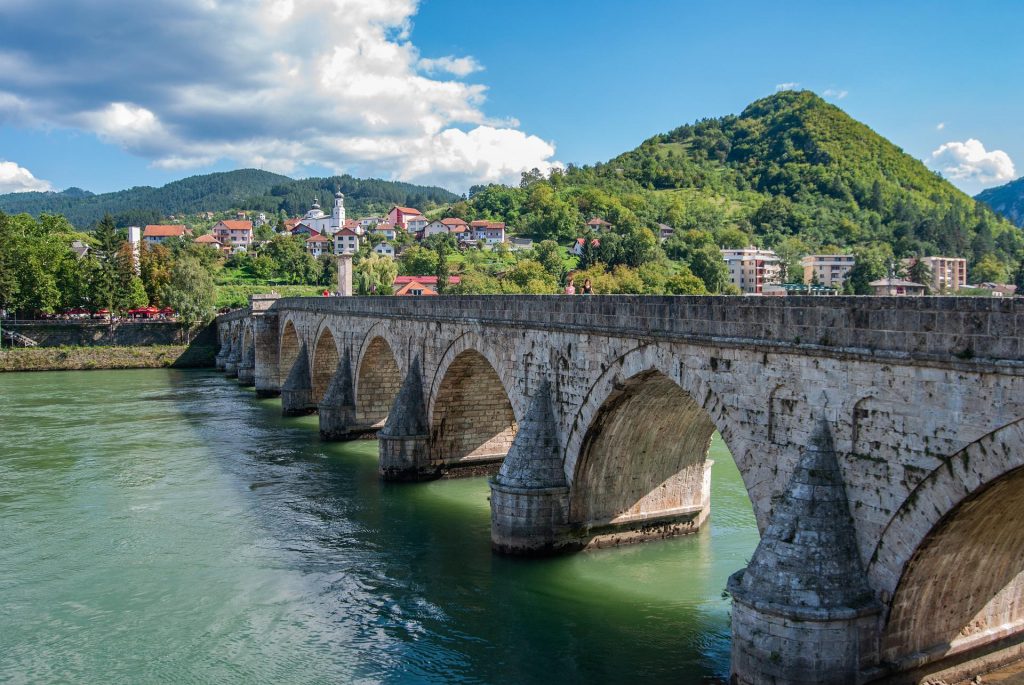 The bridge consists of 11 arches with a mild ascend towards the middle section, and it has a descending ramp on the left bank. The total length is 179.5 m, the height above the regular river level is 15.4 m, and the width of the bridge is 6.3 m.

At the time it was built, it was a huge infrastructural challenge and it was quite long and big but at the same time beautiful. Mehmed Pasha and Mimar Sinan then decided to build a sofa in the middle of the bridge so that passengers can sit, enjoy or rest. Across the sofa, a stone portal was built. There are two plates made of white marble with verses of the poet Nihadi in Arabic, talking about the constructor process. 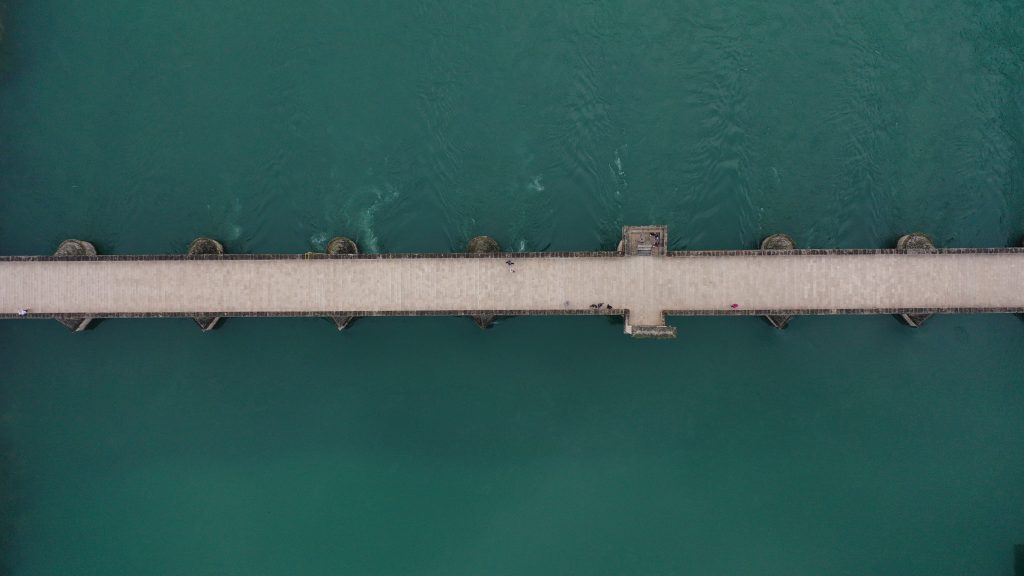 In 2007, the bridge over the Drina entered the UNESCO list of world cultural heritage as a bridge with significant cultural impact, and the best representative of a classical Ottoman style in bridge construction.

‘The Bridge on the Drina‘, in the literary sense, is a historical novel by the ex-Yugoslav writer Ivo Andrić. It revolves around the Mehmed Pasha Sokolović Bridge in Visegrad, which spans the Drina River and stands as a silent witness to history from its construction by the Ottomans in the mid-16th century until its partial destruction during World War I. The story spans about four centuries and covers the Ottoman and Austro-Hungarian occupations of the region, with a particular emphasis on the lives, destinies and relations of the local inhabitants, especially Serbs and Bosnian Muslims. 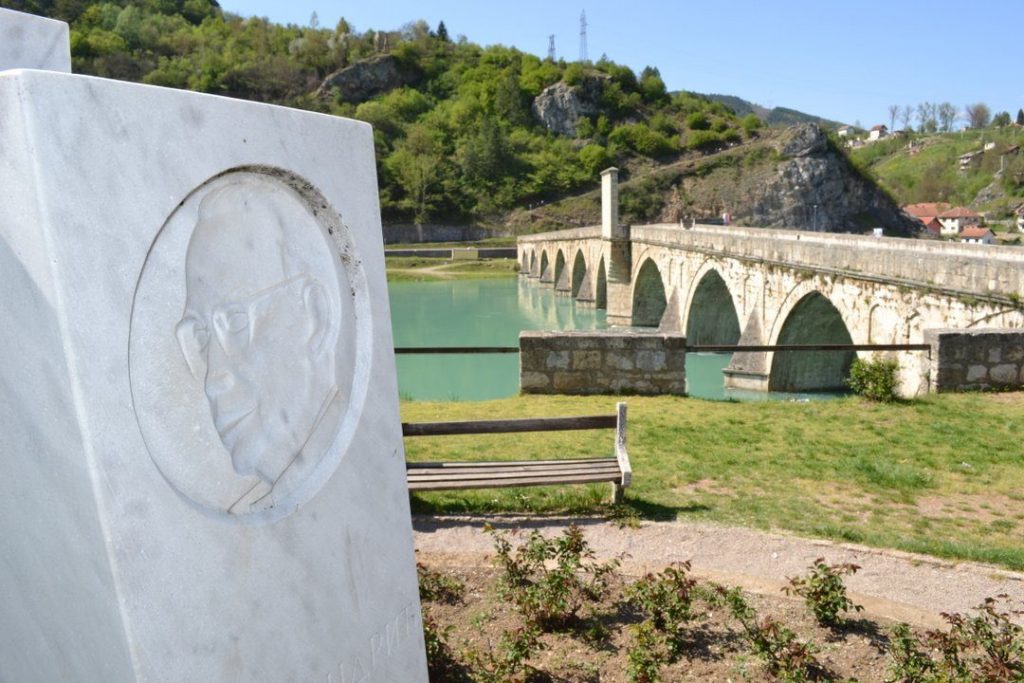 In 1961, Ivo Andrić was awarded the Nobel Prize in Literature, and his pieces became subject to international recognition. The Bridge on the Drina remains Andrić’s best-known work.

For the end of this blog – have you visited Visegrad in Bosnia & Herzegovina? If your answer is no, click here and book your next trip with us.

Travel board of Visegrad